Often times, when I work with companies and assist them with the development of their strategic business plan, they tell me they need to make changes, they want to make changes, but when we begin the implementation process, their actions often communicate a different message.

Having spent several years on submarines before getting my land legs back permanently, I am often reminded how my time underway provided valuable lessons that pertain to business.  While there are more than a few differences between life on a submarine and in business, there are both similarities and challenges, we all experience, no matter what we are doing.

One lesson I learned was during a PERSTRANS (personnel transfer).  Often times, it doesn’t make sense for the submarine to pull into port to pick up or drop off personnel, so a tugboat will pull alongside the submarine to conduct the transfer.  During the PERSTRANS operation, the submarine is vulnerable to many different disasters, from the time it surfaces, to tying up the tug alongside the boat, transferring the personnel, to disengaging, and diving again.  After the crew conducts several of these operations, it really becomes routine and there are not too many complications.  Then again, “Murphy” is always waiting for the right opportunity to test your mettle.

On this particular PERSTRANS, we had several dignitaries coming on board that had never been on a submarine.  The brow was in position between our submarine and the tugboat.  Most of the arriving dignitaries had made it over to our submarine and were making their way below decks, when one of the last dignitaries began to cross.  He appeared to be somewhat skeptical with the whole operation and we could tell he did not have his sea legs as the brow moved up and down with the seas that were providing everyone topside a good ride.  When he went to step from the brow to the boat, there was a good surge.  The only problem was that he froze midway and ended up with one foot on the brow and the other over our submarine as it was quickly moving up and away.

Similar to some of the organizations I work with, he knew what he needed to do, he thought he understood the plan, but was not ready to fully commit to the plan.  He remembered the safety of the tugboat and was fearful of stepping off to a place he did not know.  We all want safety.  We all want to be secure.  Often times, we feel there is safety and security in what we already know.  In this case, our dignitary was finding safety in the brow leading back to the tugboat instead of taking the quick step to the submarine.

We never really know what the future will bring but in business, some of our best results occur when we drop our fears and we go after what we truly want, whether it feels safe or not.  Leadership is about coping with and driving change.

As I think about this operation and how it pertains to business, here are a few suggestions you might consider when making change and updating your strategic plan.

Keep it simple.  If the plan is a bunch of fluff, no one will take it serious.  If it is overwhelming, it is easier to procrastinate.  Essentially, both keep that last foot on the brow.  This was a fairly simple operation for us, but for the dignitary it was hard for him to take the step to the unknown.

Getting back to our dignitary, he was close fulfilling his fears, a couple of us grabbed him, pulled him onboard, and safely escorted him to the hatch to go below decks.  Sometimes, people need a little extra encouragement and assistance to take that foot off the brow to realize the safety and security on the other side.

You must take action and lead the change if you want your organization to move in the right direction.  If you are ready to get underway with change, have you taken that final step to get everyone onboard?  Where are their feet?  More importantly, where are your feet?

If you have any questions about this article, or how we can help you with your current hiring, team building, or leadership needs, contact us today!

← Prosperity Logic to present Stages of Business Growth
The Secret to an Awesome 2015! →

How smooth is the ride on your freedom quest?

Click the book below to receive our free "Riding the Freedom Highway" exercise and see if you're riding on fully inflated tires. 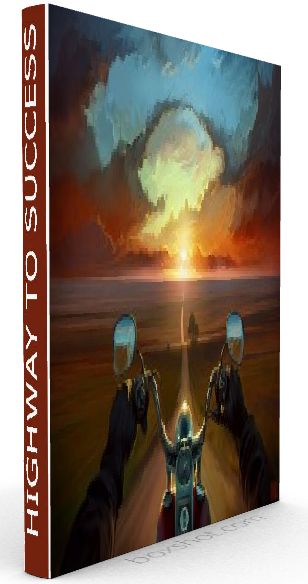